8 Best Tips on How to Operate an Excavator Safely

Construction jobs are some of the most physically dangerous roles in any given industry. They often require the most amount of focus, in an often very risky work environment. From physical labour, to manually operating an excavator, knowing how to traverse this setting is the first step in successfully accomplishing a given project.

In regards to the latter, an excavator operator must be well-versed in the vehicle’s controls. The more familiar they are with it, the more effective they will be in the field. Of course, this starts with getting to know the structure of the excavator first. You should familiarize yourself with the different components and various excavator attachments. The more knowledge you equip yourself with, the safer you will be operating the excavator.

Here are the best ways on how to operate excavator in a given work environment:

Getting into the vehicle properly is the first step on how to operate an excavator. As such, there is a correct way to actually mount the excavator. To gain access to the seat, search for the control assembly on the side of the operator’s seat. You will inevitably come across a lever in most circumstances.

This lever operates the seat control, prior to entering the excavator. All you have to do is pull the lever or handlebar that is part of this control panel. This will give you immediate access to the main operator’s seat of the vehicle. Just remember that the excavator will not start, if this lever remains down.

Like a video game console, understanding the make-up of the device’s joystick is the first step towards effective operation. Although they are vastly different, the same sentiment can be applied to operating the vehicle’s joysticks. Moving these controls in different directions will control the excavator’s boom and bucket. 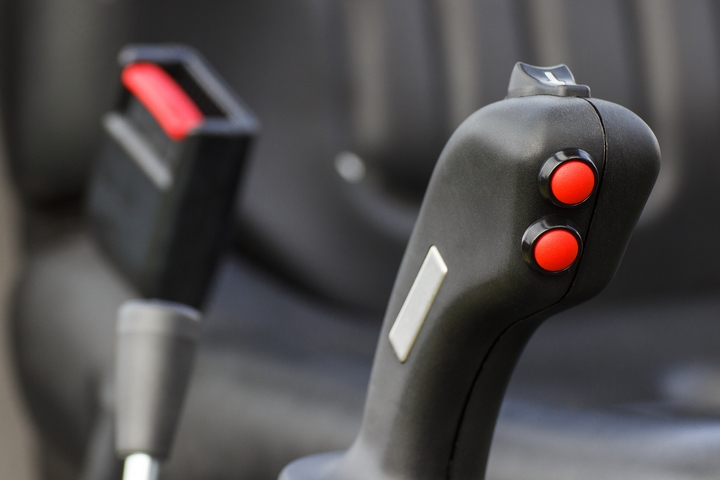 An excavator, for the most part, will usually come with two sets of joystick control panels. While the one on the right mostly controls the bucket arm, the left panel operates the direction of the cab movement. In addition, it also controls the way in which the boom can extend or retract.

Generally speaking, extension and retraction is contingent on a forward and backwards movement of the joysticks respectively. When you push the joysticks to the left or the right, the cab of the machine will rotate accordingly. Just be on the lookout for various environmental hazards; you want to avoid accidentally swinging the vehicle into something dangerous! 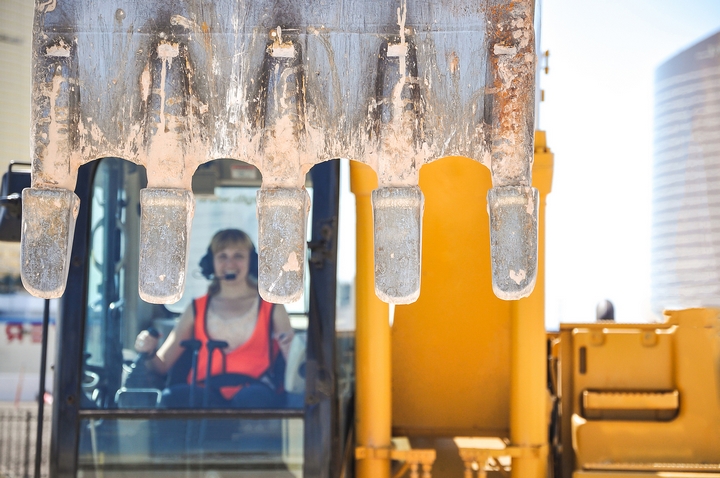 Navigating an excavator can be challenging, especially for first-time users. However, the movement of the vehicle all comes down to the operation of the driving rods. Each of these rods operate a tread, which is on the same side that the respective rod is on. Pushing it forward will increase the speed of this tread accordingly.

If both, however, are pushed forward simultaneously, the vehicle will move forward. Consequently, the opposite remains true; pulling back on both sticks will move the excavator backwards. As long as you are familiar with how the rods correspond to the treads, movement will be seamless.

Like any other vehicle, an excavator also comes equipped with foot pedals. These are the main forces behind the machine’s speed. Take a look at the excavator’s left side; pushing forward on this pedal will make the vehicle accelerate, usually at a very fast pace.

One of the pedals on the right, when pushed forward on, will tilt both the bucket and arm extensions of the excavator. Be careful with the operation of these pedals; speed should be used as sparingly as possible, especially on uneven terrain! 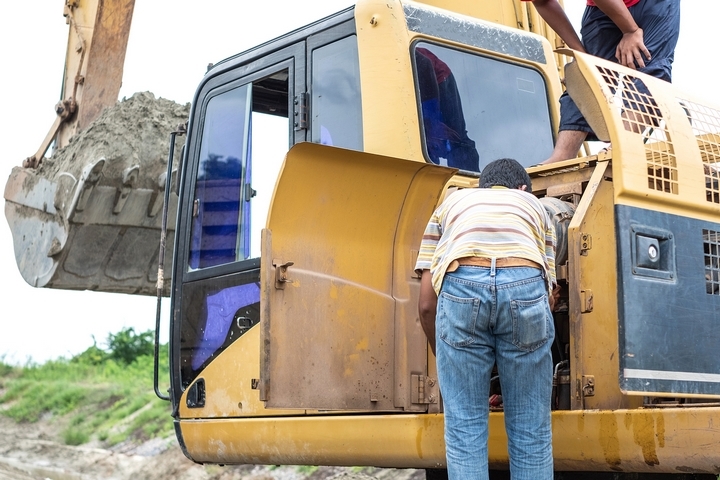 Upon inspecting the right side of your excavator’s seat, you will come across the throttle stick. This device helps provide the vehicle’s engine with more fuel. Depending on the load being worked on, your engine will need to be given a good amount of fuel, for effective performance.

7. Avoid Working Near Others 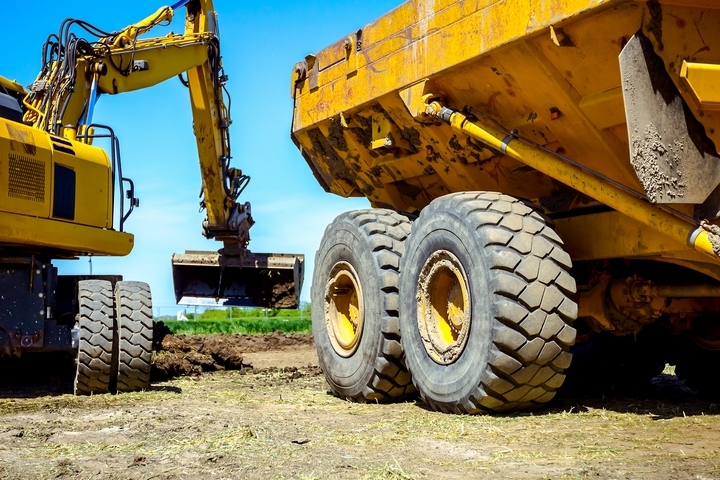 Depending on the nature of each construction project, many workers may be onsite at any given time. It is important to never swing the bucket of your excavator near those who are in close proximity. This is a safety hazard, so operate the vehicle with safety in mind.

An excavator is unlike most vehicles, due to the overall complexity of its control panels. Be sure to always give it a spin, prior to working. Becoming comfortable with its controls allows you to maximize efficiency when in the field.

Try to visualize how you plan on maneuvering the excavator in the field, before you operate it. With enough strategizing, you’ll be able to not only map out an effective operation, but conduct said operation in the safest manner possible!