Winning the lottery is something of a daydream for most people. A nice fantasy that makes the most mundane of tasks a little easier and quicker to do. Of course, for those fantasies to be even remotely possible, they must come true for at least a select few people.

We hear about these success stories on our way to work in the morning and on the news in the evening, yet do we ever really keep tabs on the lucky winners? There is a surprisingly high number of lottery winner bankruptcies following their astronomically rare win. These stories work as cautionary tales revolving around the fact that mass amounts of money may not be a permanent solution to life’s issues.

As such, we have gathered six stories of famous lottery winner bankruptcies:

William Post, otherwise known as Bud, was your typical carnival worker. He made just enough to survive, but not quite enough to live comfortably. Naturally this all changed upon winning $16 million in the Pennsylvania Lottery.

$16 million is not a small amount by any means. However, Post found himself $500,000 in debt a mere three months following his win. This was mostly due to frivolous spending of his winnings, such as twin-engine airplane that he purchased, despite not having a pilot’s license. 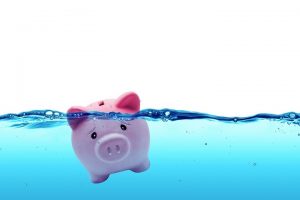 While there are winners who spend themselves right into the red, there are also winners who actively attempt to do something more with their winnings, such as investing. This would typically seem like the smart thing to do in that situation, and is exactly what Lisa Arcand of Massachusetts did after her win.

Arcand won $1 million in the lottery and did enjoy a little of that money with vacations and a new home. She also opened her very own restaurant in order to keep the cash flow going. Unfortunately, the restaurant industry is a difficult beast to tame, leading to her restaurant closing in a few years and her winnings metering out over that time. When asked about the overall experience of winning the lottery, she described it as “very depressing,” which is quite understandable.

Winning the lottery once is a big deal. Then you have people like Evelyn Marie Adams who won the New Jersey lottery twice. Winning twice was bound to make her a known quantity, and she did become well known in her area. So well known that she actually began receiving many requests for financial aid. Experts say that being overly generous with their winnings is a common downfall for many lottery winners who share empathy with the less fortunate.

However, another large chunk of her winnings found its way into the casinos of Atlantic City. This brings attention to the fact that lotteries at large do attract a certain type of gambler who may not be prepared to handle that much money. 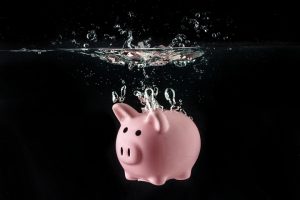 Winning the lottery can come with a certain level of fame if you do not opt to remain anonymous. With that fame comes those who wish to use the winner, as well as those willing to make a profit from naive winners.

Suzanne Mullins was set to receive 20 annual payments of $47,778 following her winning of $4.2 million in the Virginian lottery. Once that annual money was spent, however, she would be left without until her next annual payment came in. Poor budgeting and the haze of winning may have led to careless spending.

This was where a lending company that specialized in lottery winners entered the picture. She borrowed plenty of money from the company, yet never used the rest of her winnings to pay it back. This left Mullins deeply in debt and dancing on the verge of total bankruptcy. Her financial situation was more than likely worse off than before she won the money.

Something interesting to think about the lottery is the fact that anyone can win it, even a millionaire. This was the case for Andrew “Jack” Whittaker, who had already broken the millionaire ceiling and was living well. He then proceeded to win $315 million.

You may find yourself thinking that if he was a millionaire before the win, then he should have been able to handle that sum with ease. That thought is not entirely wrong, either, as Whittaker planned to use the money for more charitable causes while cultivating his own wealth.

The millionaire ran into issues following a divorce and the sudden and mysterious death of his granddaughter. Couple these personal issues with the fact that he was robbed many times due to his fame, and over 400 legal complaints coming for his wealth, the winner began to crumble beneath his own success. Unfortunately, this led to financial ruin in the long run and resulted in one of the worst lottery winner bankruptcies. 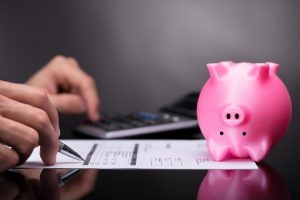 When you win the lottery, it is understandably easy to get “lost in the moment.” You’re on top of the world without worry, and more than likely able to enjoy life to the fullest for the first time in your life. This was the toxic mentality that led to the bankruptcy of Lou Eisenberg.

Eisenberg won $5 million in 1981, the largest lottery win ever at the time. Annual payments of $120,000 for 20 years had him buying condos in Florida, taking trips across the world, and doling out money to those in need with careless generosity. By living in the moment, he allowed all of his money to slip away and now lives in a mobile home while bringing in roughly $1000 per month.